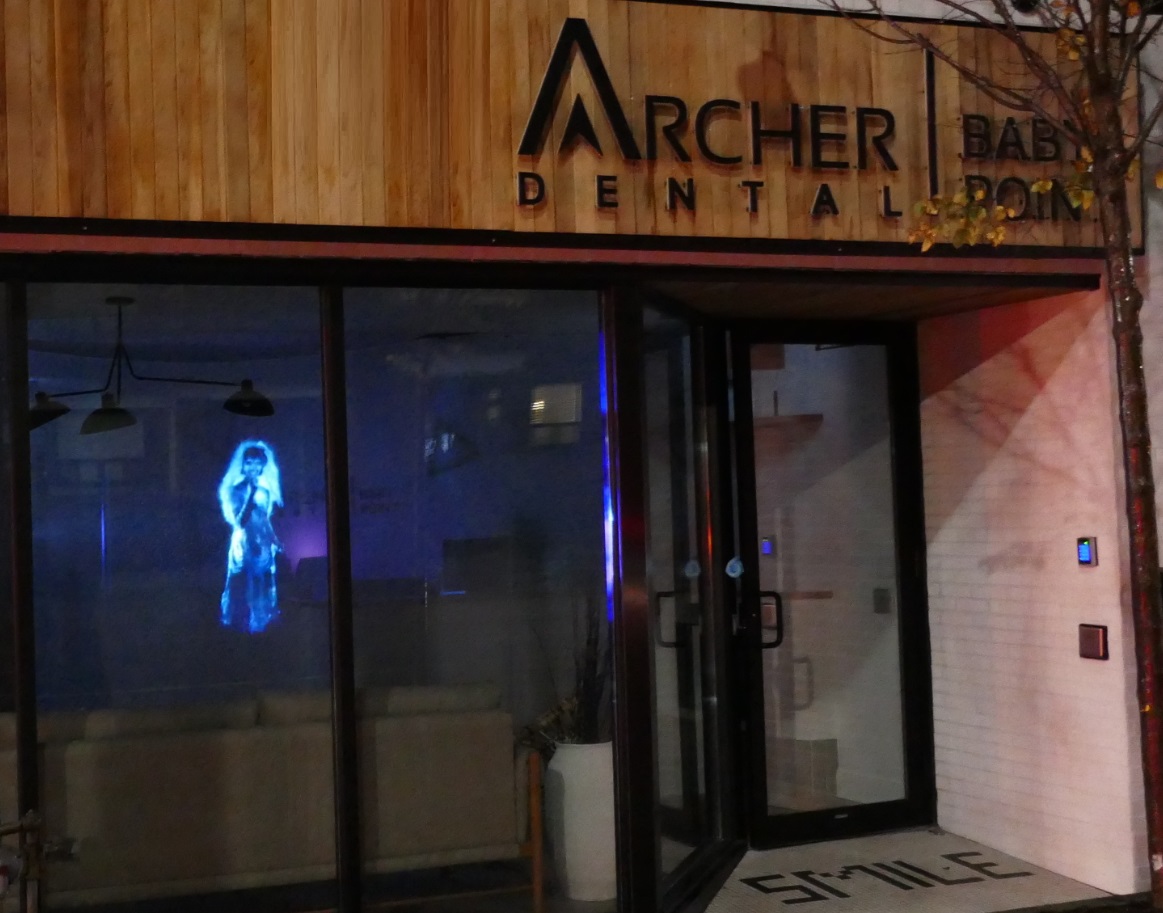 While other Toronto dentists decorate their office waiting rooms with orange and black streamers on this occasion, and while they unpack tired plastic Jack-o-lanterns filled with sugar-free snacks, Archer Dental takes it one step further.  We do Halloween better. We recognize Halloween as an absolutely necessary event.  We encourage trick-or-treating and envision our neighbours meeting each others’ families in the flickering porch light that emanates from hand-carved pumpkins. We encourage harmless pranks that make happy memories. And we see how it makes our patients reflect on their own health and wellness as they ponder their mortality on this Day of the Dead.  It’s a nationwide neighbourhood occasion that’s quite unlike anything else in the calendar. And look closely, beyond everyone’s individual creative expression there’s something of a group emotion safety valve that needs to be turned. Dentists have a role to play assuaging people’s anxieties by simply being awesome.

Economies magazine reports that Canadians spent over $415 million on candy and costumes alone in 2017. That number doesn’t include decorations! This data proves that candy-spending on Halloween is now second-only to December where Canadians fork-over more than half a billion for holiday confections. According to a Scotiabank poll done a few years ago, the average person spends $70 on Halloween and fifteen per cent of our citizenry saves in advance for this special event; so we’re not the only folks who go out of their way to stage a fright. 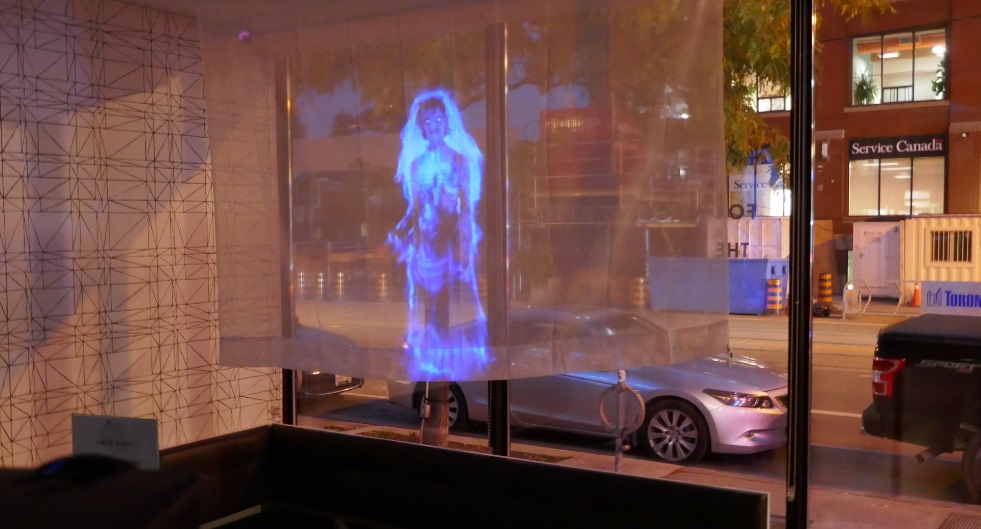 Through trial and error we’ve come to learn there are three core components to a successful ghost projection.

The projector, the media and the screen material are all three parts of a successful projection equation.

The projector we bought online via Atmos FX and it was inexpensive came with a few mini ghost movies which were very spooky, but too short. The rig also came complete with two tablecloth-sized white rear-projection screens which were not very impressive at all and sent us on the wrong path.  They would be acceptable for shadow dramas and scary symbol projections (a skull cross bones), but little else. The tests we did at Archer Dental Baby Point were so lame that the photos are not even worth including in this retelling.

This was the black scrim we tried and failed to properly illuminate.

Some of us were rather discouraged after the first tests.  The FX projector we bought was not very bright, and it became clear to us then that it wasn’t designed for commercial settings. One of the downfalls of doing this on a downtown street is the inherent light pollution. Even our own sign above the window was really bright and next door is a neon lit ice cream shop that blazes brightly until midnight. We could turn off all the light inside our office of course, but we couldn’t control the light outside on the sidewalk which was / is unbelievably bright and as such it greatly diminished the effect of the consumer grade FX projector we’d purchased. So in truth we had to upgrade all three components of the equation as expressed above; we needed a better projector, media and screen. 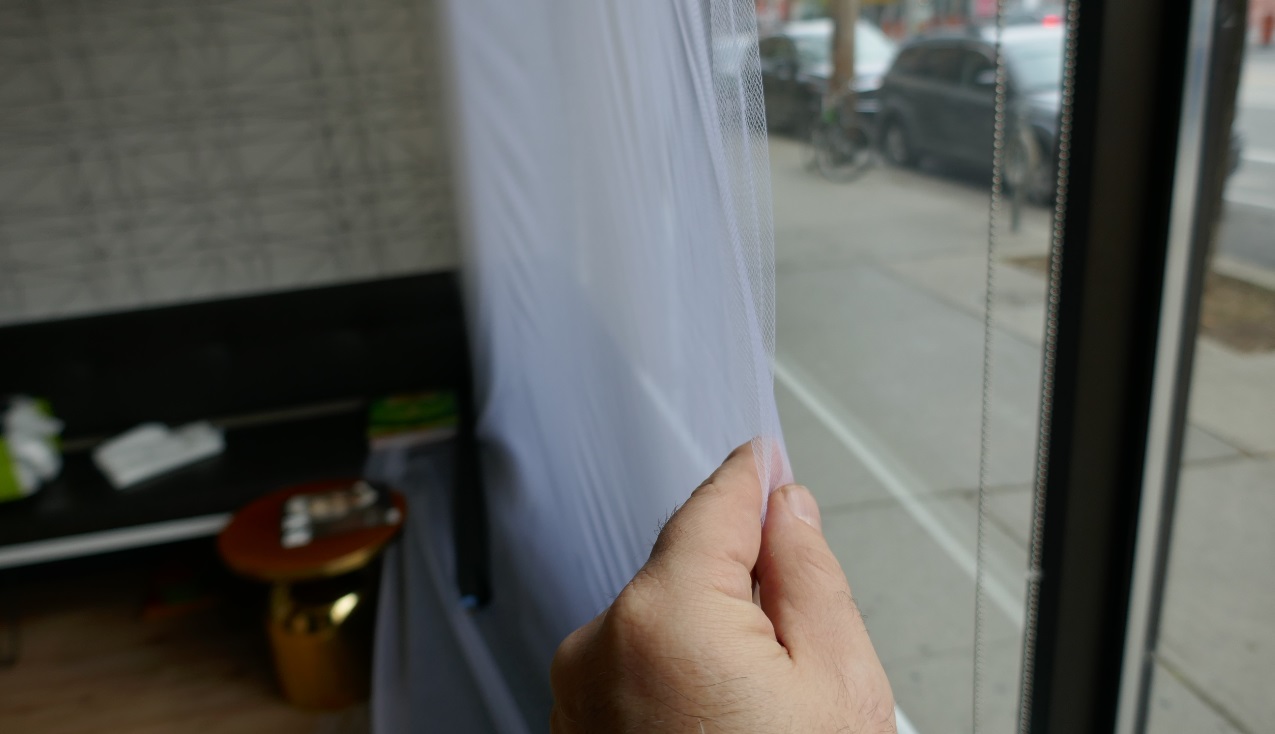 Soft sheer fabric was seamless but placed too close to the window on Friday night.

Over the next few days we brought in a better projector and sourced a proper screen and went online to order more media that we could loop into a four minute movie. It was also important to make some blank spaces of pure blackness in the show so that ghost appears and disappears and could therefore scare people on the sidewalk outside.  Above is our Friday Oct 25th ghost show which was manifested on curtains purchased at Walmart that still had the folds visible in the fabric. On Saturday we went to a big box fabric store and purchased sheers that were ultra thin and double width – we managed to get 12 x 12 pieces of both and these were only a $40 total. The material is stretchy and so lightweight its actually easy to clip it to the ceiling tile flanges with secretary clips. We weighted the bottom with the furniture in the dental office waiting room. 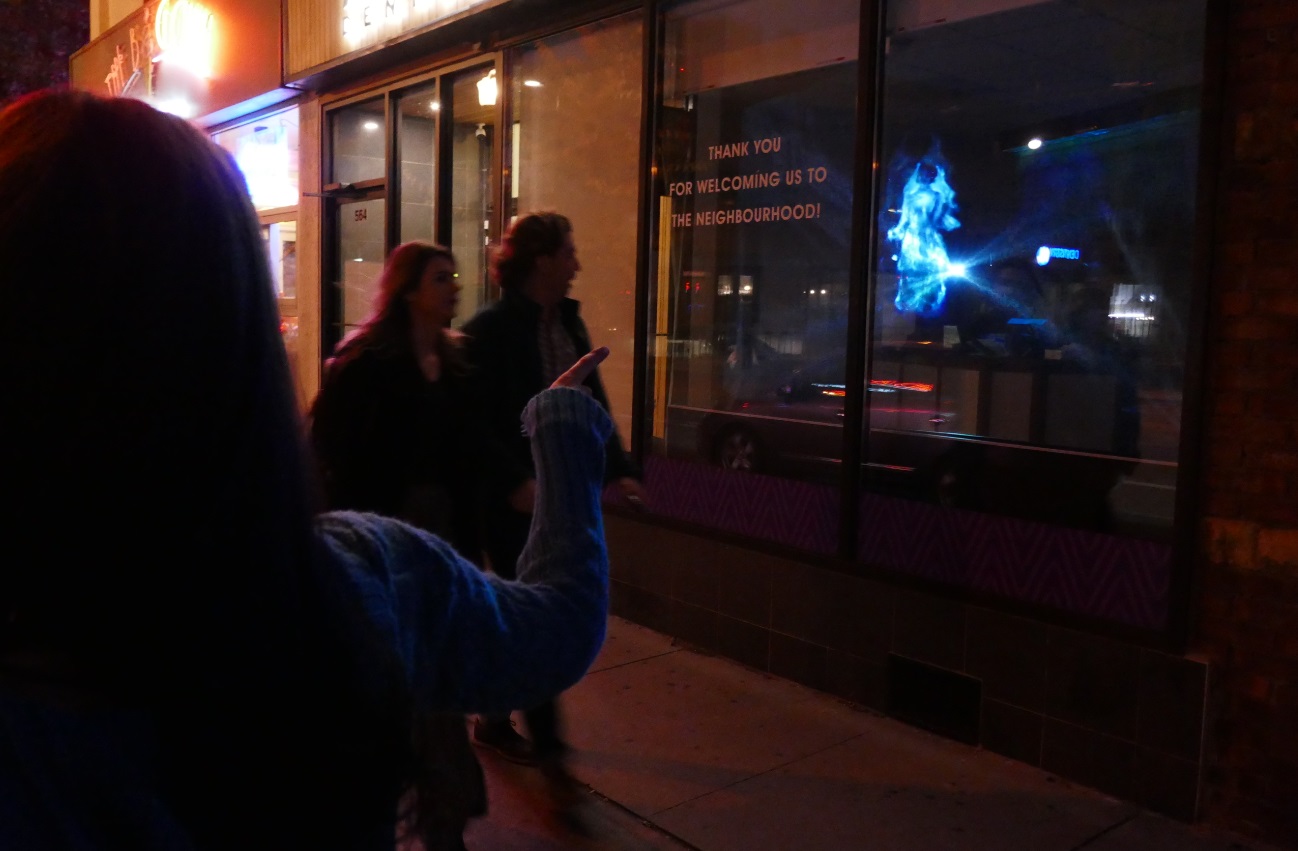 Pedestrians react to the brighter ghost that appeared on Saturday night

Saturday’s spirit was far superior to Friday’s apparition. It was brighter and the screen was less visible.  The rig was hooked into a six hour AC outlet timer. It worked to shock and delight passers-by on College street from six pm until midnight.

And it really worked. The ghost had to be twice as bright to catch pedestrian eyes and make them point it out to their friends, which many people did. 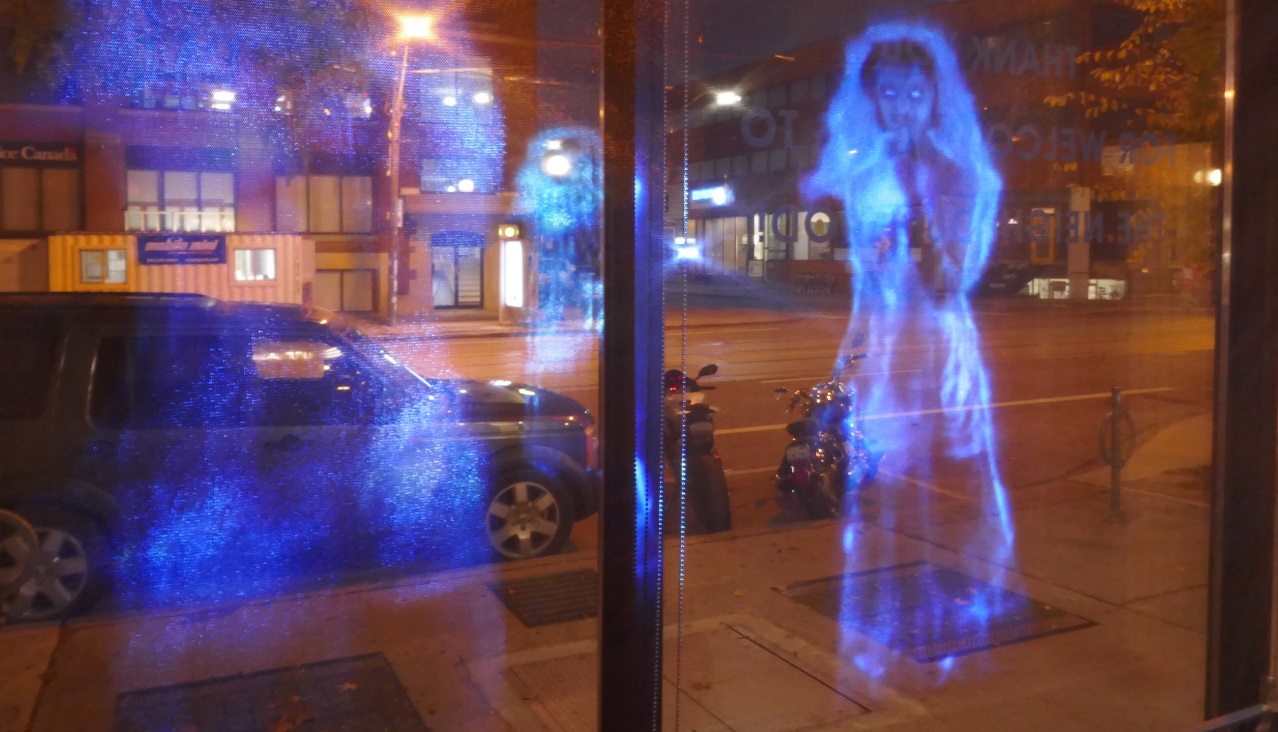 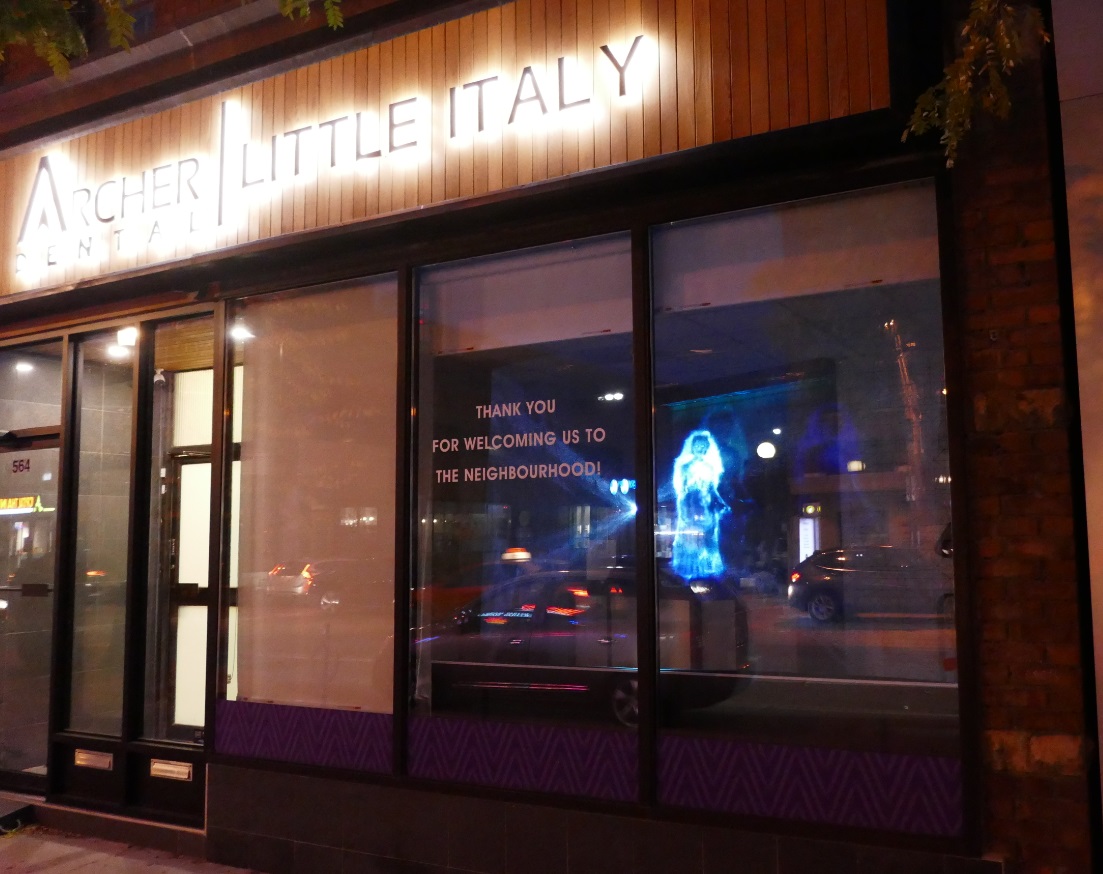 I like this image below and I wonder how much better it would be if we’d turned off the lights under the sign? 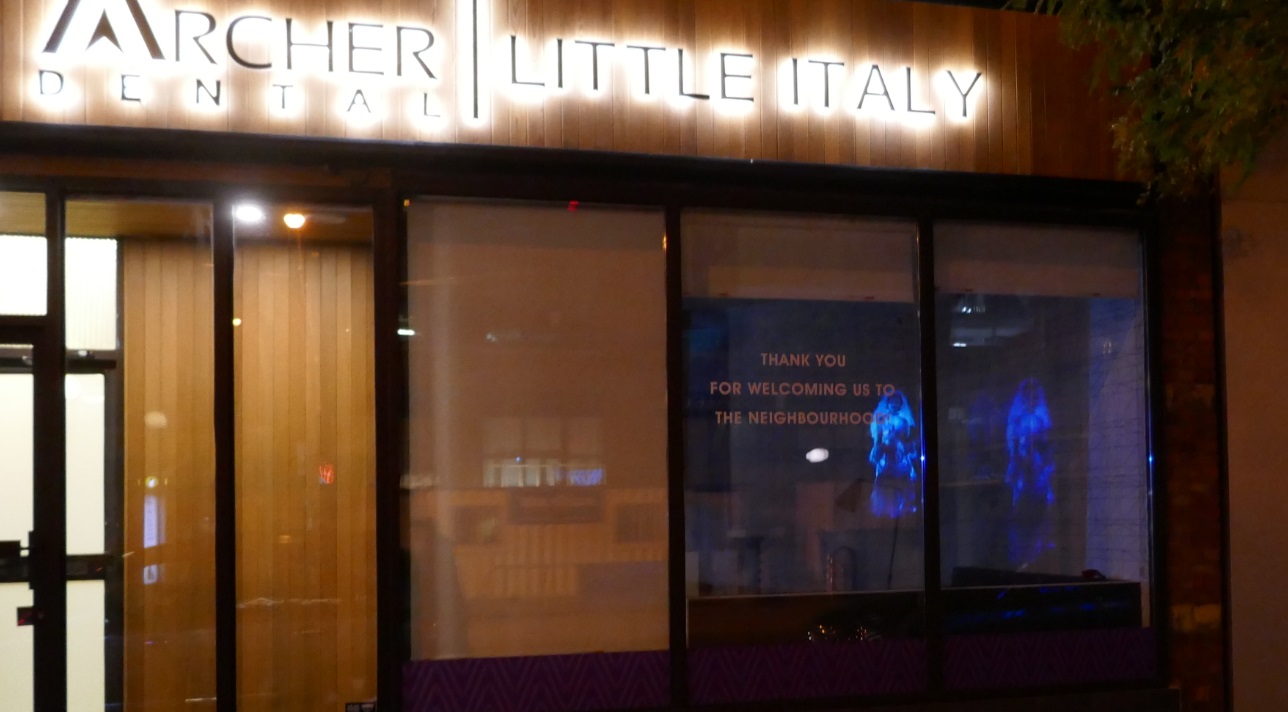 The presentation at Archer Dental Little Italy suffered from the screen being two close to the window. If you are hoping to replicate this at home or in your store window, you’re advised to hang the fabric four or five feet back from the window to reduce reflections and glare.

On Halloween itself, October 31st 2019, it rained buckets in Toronto. It was really wet and discouraging between five and seven o’clock, prime trick-or-treating hours, and most families stayed inside .  But those young people who did venture outside in the Baby Point area may have seen our display inside that neighbourhood dental office.  Once again, see below how incredibly bright it is on the street! 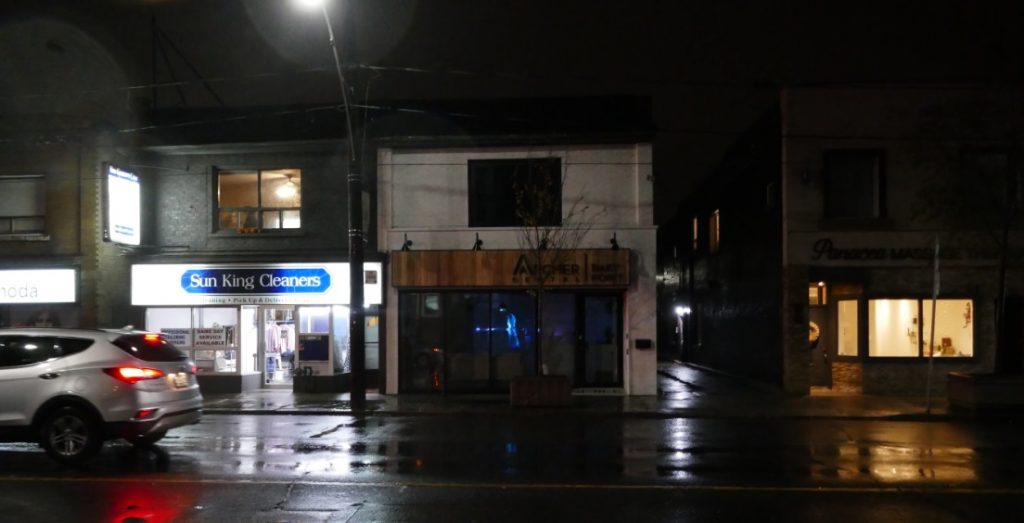 But this time we had the tools and technical knowledge to make an impressive presentation despite the over bright arena. 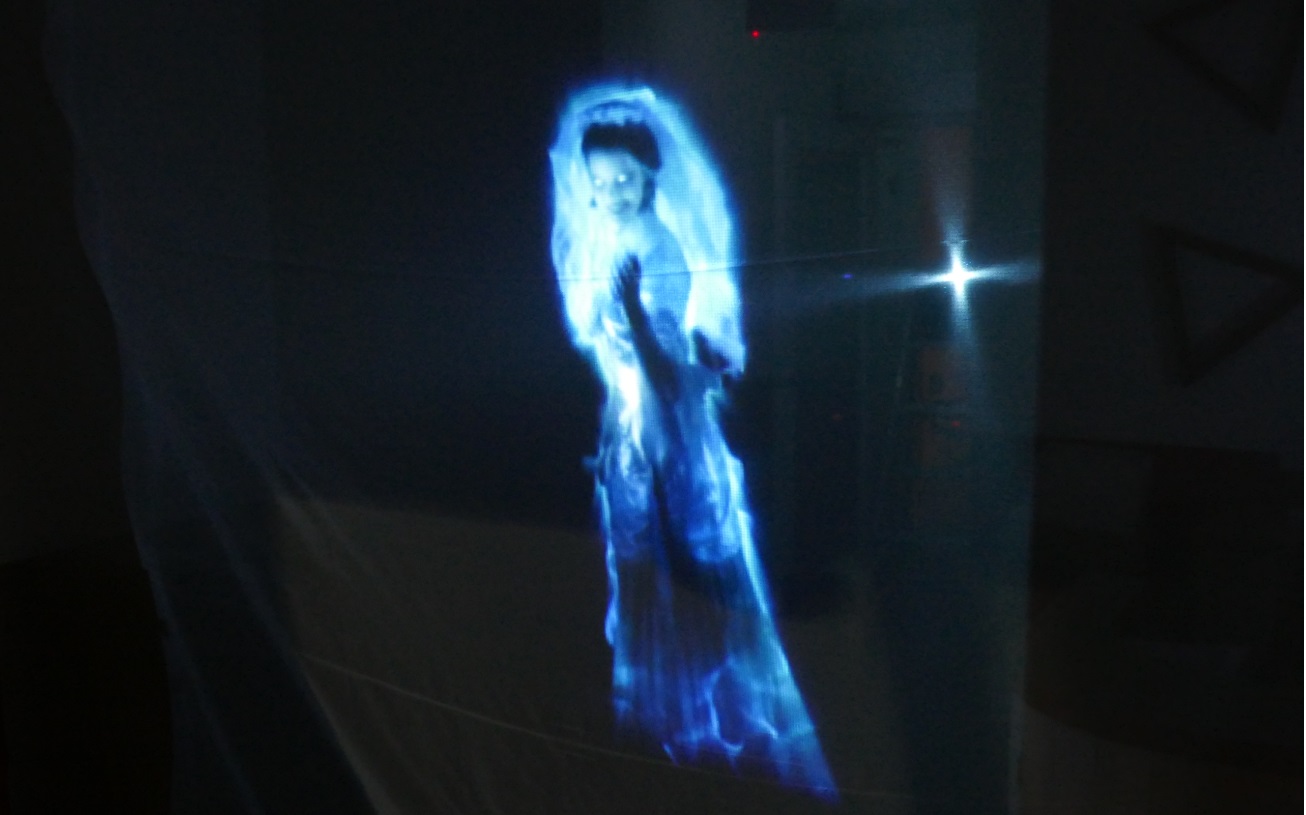 And we had some spectators. This young person spotted the ghost from across the street and came right up the window to try and see the source of the projection, which is difficult due to how this dental office is laid out. The facility has a perfect center aisle in which to position the step ladder upon which I placed the projector. 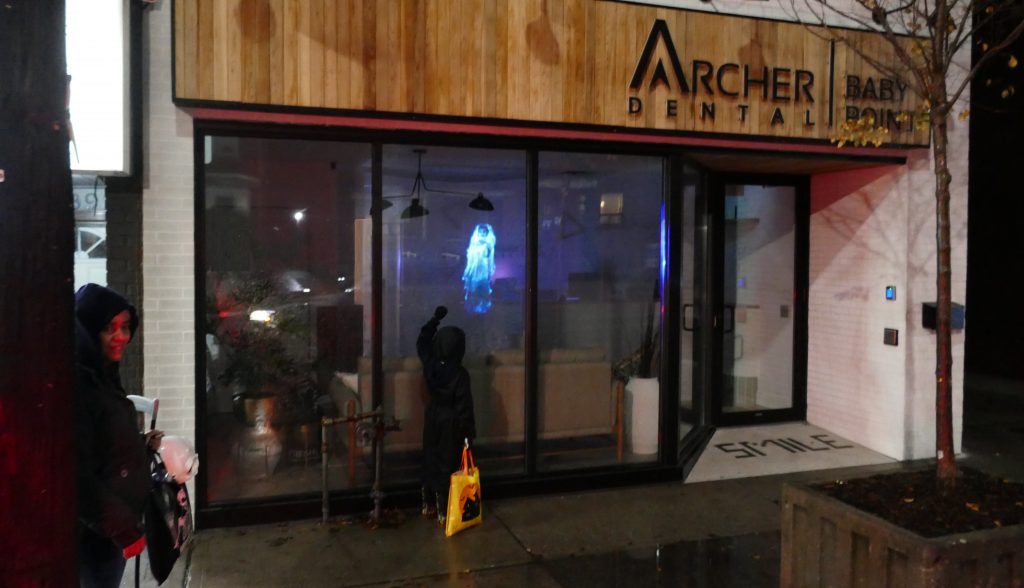