Blood on the toothbrush? Blood on the tooth floss? Blood on apples that you eat? Whatever the reason, it’s hard to ignore such an obvious red-alert signal.  Below is a long list of common causes and treatments for bleeding gums, a minor dental emergency.

Readers of the Archer Dental blog know that itchy discomfort, chronic pain and even bad breath can be signs of severe dental problems. Bleeding gums is yet another indication that something is terribly wrong with your teeth; bleeding gums is a genuine oral health emergency, but there’s almost always more to the story. If you’re a meticulous tooth-brusher and dental-flosser then you should know there are other medical scenarios and factors that can result in bleeding gums besides inadequate oral hygiene, which is the leading cause of the condition. Of course, if you’re a regular brusher who suffers from bleeding gums then perhaps you may want to re-investigate how you brush your teeth. Improper brushing technique is another commonly encountered cause for sore and bloody gums.  More on this below but suffice to say that circular motions to clean the teeth are recommended. While many people use a back-and-forth motion, this motion can irritate and damage your gums, making them sore and more likely to bleed or recede. 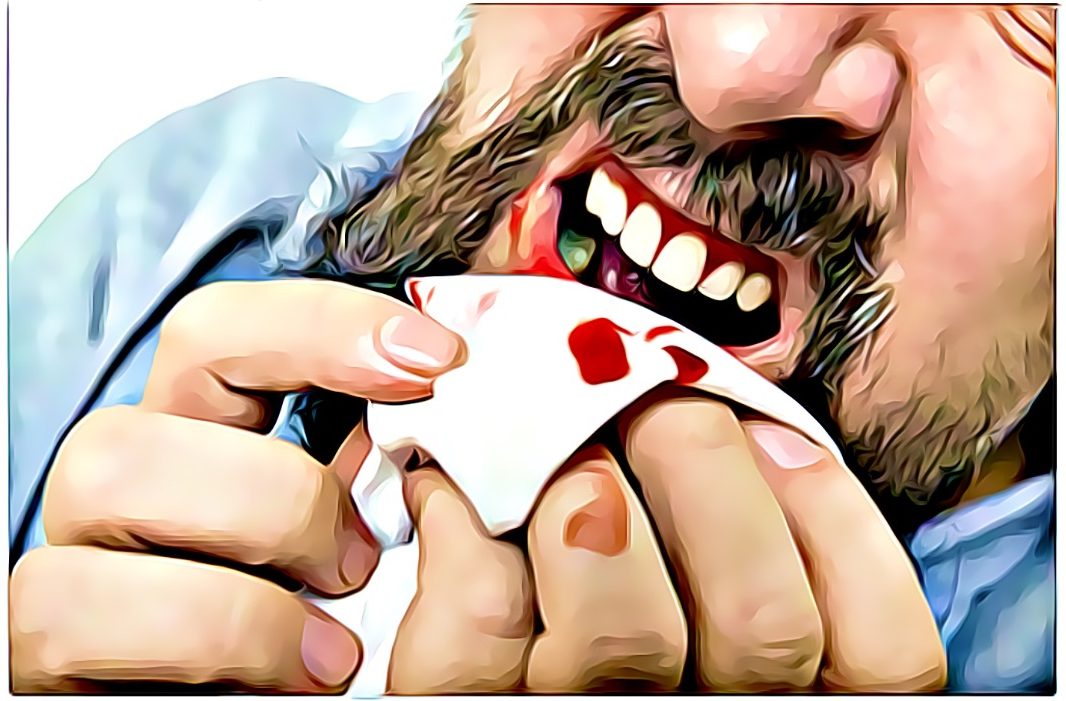 From a probability standpoint, bleeding gums are the most common symptom of gum disease.  That’s a rather scary statement in bold font, so let’s break that down; it all starts with plaque buildup along the gumline. When you’re too busy to brush properly, and when you don’t schedule routine visits to see dental hygienists to remove plaque in a timely manner, it hardens into tartar which is a calcified material to which more plaque adheres. The build-up continues until it begins to irritate the gums which causes them to bleed. This is the nightmare scenario that can progress into more advanced forms of gum disease if not corrected in time.

That being said, it is possible that a patient’s bleeding gums could be caused by other underlying conditions related to other causes of inflamed gums.

Occasional blood on your gums could be caused by the subject brushing too vigorously, as mentioned above, or wearing dentures that don’t fit quite right. We’ve all eaten foods that irritate our gums and popped kernel corn, spicy meats, and nuts can also irritate gums by becoming lodged between the gums and the teeth. Candy is essentially pure sugar, so of course it is bad for your teeth and gums. Especially harmful, however, are sticky candies because the candy grips onto your teeth and encourages bacterial growth. These tactile substance love the crevices between teeth and when they become lodged there, they break down slowly which gives bacteria plenty of time to go wild.

Stress can cause bleeding gums

High levels of stress at home and at work can lead to widespread inflammation in the body and can weaken the immune system. This inflammation can lead to the swelling of the gums which, in turn, can cause bleeding.  What can be done to prevent the effects of stress on your gums? Practicing good oral hygiene helps. Get into the habit of using floss and mouthwash.  Making lifestyle changes to reduce the effects of stress on your gums will also help to significantly improve your quality of life.  Try and get more physical exercise everyday, and plan a few extra hours of sleep. Eat a balanced diet with lots of fruits and vegetables. Try meditation and deep-breathing exercises. Life is too short to allow yourself to bleed in pain from excess stress.

Scurvy can cause bleeding gums 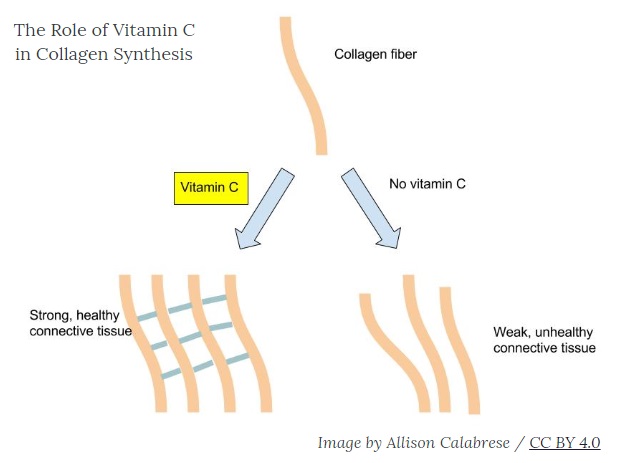 Five hundred years after the Age of Exploration, scurvy is still known as a ‘sailor’s disease’, a condition that results from a complete depletion of ascorbic acid.  Sailors couldn’t bring fruit as it would spoil so they ate dried meat and twice-baked bread for months on long ocean crossings and then wondered why their teeth fell out. Vitamin C is essential for the production of collagen and other connective tissue components in the body. It is a fatal disease characterized by a slow dissolution of connective tissue, including the walls of the blood vessels. Today fully developed scurvy is rare; however, sub clinical scurvy is very common among the elderly, infants, children on special diets, and people with poor dietary habits. Scorbutic gums, a symptom of such scurvy often manifests in a painful triangle-shaped area between the teeth.

It takes at least a month with no vitamin C in the diet before symptoms occur. In modern times, scurvy occurs most commonly in people with mental disorders, unusual eating habits, alcoholism, and older people who live alone. Other risk factors include intestinal malabsorption and dialysis. While many animals produce their own vitamin C, humans are among the few animals that cannot simply make their own Vitamin C. Stupid body.

Another factor which may cause bleeding from your gums when you brush or floss is Vitamin K or lack thereof. This vitamin helps your blood clot properly. It’s also good for your bones. If you don’t get enough through your diet or your body doesn’t absorb it well, it can cause bleeding problems.  Think of this vitamin as a shield – it helps block substances that break down bone. It also helps your body produce osteocalcin, a protein that supports bone strength. A vitamin K deficiency can slow down your body’s healing process and make you more likely to bleed.

A close look at healthy gums inside the mouth

Human gums are part of the soft tissue lining of the mouth. They surround the teeth and provide a tight seal around them. But the lips and cheeks and softer gums are harder and more tightly bound to the underlying bone which helps this protective layer handle the friction of all types of food. Thus when healthy, it presents an effective barrier to the barrage of periodontal insults to deeper tissue. 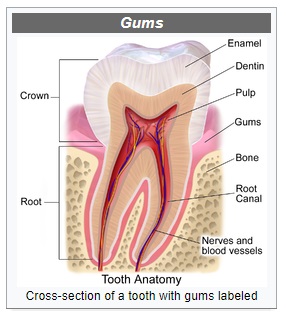 Healthy gums are usually coral pink in light skinned people, but may be naturally darker with melanin pigmentation. Other colours like red, white, and blue can signify inflammation (gingivitis) or a serious disease. Although healthy gum tissue is commonly described as being ‘coral pink’ as stated above, but variations in colour do occur.  This doesn’t necessarily mean that someone’s gums are unhealthy. Uncommonly coloured gums could be the result of other factors including blood thinning or thickening medications, or the thickness and degree of keratinization of the epithelium (epithelial tissues line the outer surfaces of organs and blood vessels throughout the body) and how it affects blood flow to the gums, and natural skin pigmentation, and disease.

Since the colour of the gums can vary, uniformity of colour is more important than the underlying color itself. Excess deposits of melanin can cause dark spots or patches on the gums (melanin gingival hyperpigmentation), especially at the base of the inter dental papillae. There are cosmetic surgeons that offer gum depigmentation (aka gum bleaching) to remove these discolorations, however that service is not offered at Archer Dental presently.

The most obvious answer is poor dental hygiene, but let’s outline all the possible causes before hunkering down on the details.

The gingival cavity micro ecosystem is fueled by food residues and saliva which come together to offer life- support for thousands of different microorganisms, of which some can be injurious to the teeth and even to overall health. Improper or insufficient oral hygiene can thus lead to many gum and periodontal disorders, including gingivitis or periodontitis which are major causes for tooth failure. But this is old news to Archer Dental Blog Readers who are of course familiar with How Everyday Acids and Bases Affect Oral Health and Human Homeostasis.

Gums are made of delicate tissue, so brushing the wrong way could damage them. A study published in 2015 by the Journal of Clinical Periodontology looks at what happens to the gums when people brush their teeth. The goal of the study was to see the effect “traumatic tooth brushing” had on the development of gum recession and lesions on the gums. A number of factors influenced whether the subjects in the study were likely to have wear and tear on their gums: how they brushed, how often they brushed and how forgiving their toothbrush’s bristles were. Even though you can still buy toothbrushes with medium or hard bristles, using them may damage the enamel on your teeth or cause red and swollen gums.

Consider changing your toothbrush. Is there ever a reason to choose a hard toothbrush? Archer Dental does not recommend using stiff bristled toothbrushes and certainly not if you have sensitive teeth or bleeding gums. Although some people claim they prefer using firm bristles, studies show they do wear away tooth enamel and increase harm to gums. The well-known benefit of harder bristles is that they remove slightly more plaque than soft-bristled brushes. But in light of the damage that can and likely will occur over long periods of time, this slight advantage is usually not enough to justify their use.  If your gums are really bothering you, consider switching to an electric toothbrush; this may do a better job cleaning your teeth when brushing, and without the risk of destroying your enamel or gums.

Pregnancy Can Cause Bleeding Gums

Hormonal changes during pregnancy can make expecting moms’ especially vulnerable to plaque build-up, which can lead to inflammation and gums bleeding. This is also called pregnancy gingivitis or gum disease. There is no magic remedy to this condition beyond increased personal oral health care, and that simply means more and better brushing and flossing and using antiseptic mouthwash rinses more frequently.

If you have morning sickness (nausea and vomiting), rinse your mouth with plain water after each time you are sick. This will help prevent the acid in your vomit from damaging your teeth. Also important: do not brush your teeth straight away as they will be softened by the acid from your stomach. Wait about an hour before brushing.

Gingivitis is a common type of periodontal disease. Signs of gingivitis include swollen gums that are not healthy pink in colour, but red and puffy. Sore gums bleed easily when the person brushes their teeth. Gingivitis often resolves itself with improved oral hygiene, such as longer and more frequent brushing and flossing. In addition, an antiseptic mouthwash may help control bacteria.  Chlorhexidine mouthwashes (0.2 per cent) is one of the most commonly prescribed antiseptics in oral healthcare. Rinses that employ this compound have long been considered to be a gold standard among oral antiseptic mouthwashes, acting on bacteria, spores and fungi.

Blood on your toothbrush or tooth floss could also be a sign of gingivostomatitis, a common infection of the mouth and gums. The main symptoms are a swelling of the gums which is uncomfortable. There may also be lesions in the mouth that resemble canker sores. This infection may be the result of a viral or bacterial infection and is often associated with improper care of your teeth and mouth.  Children with gingivostomatitis, the ultimate fate of the lazy child that never brushes, may drool and refuse to eat or drink because of the pain and ‘unease’ caused by the mouth sores. 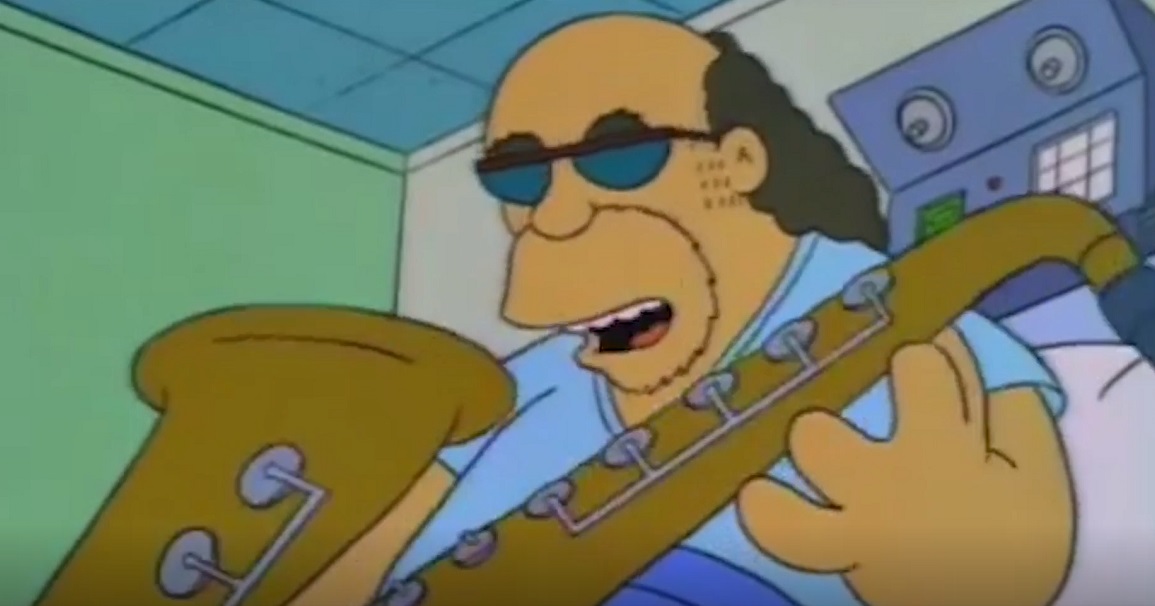 How to Stop Bleeding Gums

Whatever the cause of sore, painful gums, there are steps you can take to minimize gum damage and discomfort.

An antiseptic mouthwash containing 0.02% Chlorhexidine may help. Such rinses are one of the most commonly prescribed antiseptics in oral healthcare as it acts on bacteria, spores and fungi.

Rinse your mouth with hydrogen peroxide.

Increase your intake of vitamin C.

Increase your intake of vitamin K.