Dr. Alida Andersen has been a dentist in Toronto for more than a decade, and recently she has joined a growing chorus of diverse professionals that have become very passionate about saving the planet and keeping it clean for the future generations.  She has dedicated one day per week from her busy practice to promote positive change. Alida gives lectures and makes videos as she advocates for greener, cleaner and wiser living.  During the historic 2019 Climate Strike in Toronto, Alida took part in a related event co-hosted by Patterson Dental  (presented by Mark Seaforth) and designed to raise awareness in the Canadian dental industry.

On Friday, September 27th 2019, it was Toronto’s turn to go on a Climate Strike!  Protests were held in dozens of cities across Canada. One of the biggest events in the country happened at University Avenue and College Street, on the south facing lawn of Queen’s Park, right here in Toronto.  This very central location in our great city is the site of the Ontario Legislative Building which houses the Legislative Assembly of Ontario. If you want government to take notice of a popular notion, nothing is better than hosting a huge event on their front lawn. It also helps to get the press to cover the hullabaloo on the evening news.  The phrase Queen’s Park is regularly used as short form for the Government of Ontario.  Had any provincial members of parliament showed-up for work on that Friday they would have met a politely agitated mob of protesters who were about as fired up as Canadians ever get, talking tough about the environment.

Here are some of Archer Dental’s own original photos from the event. These shots were taken around noon at Queen’s Park on that historic day. 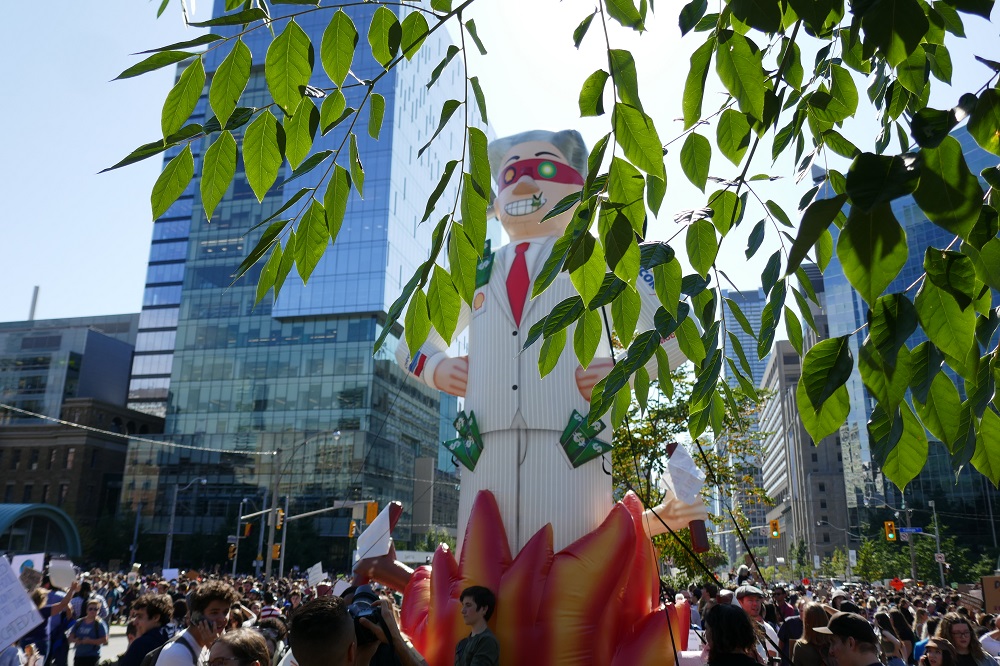 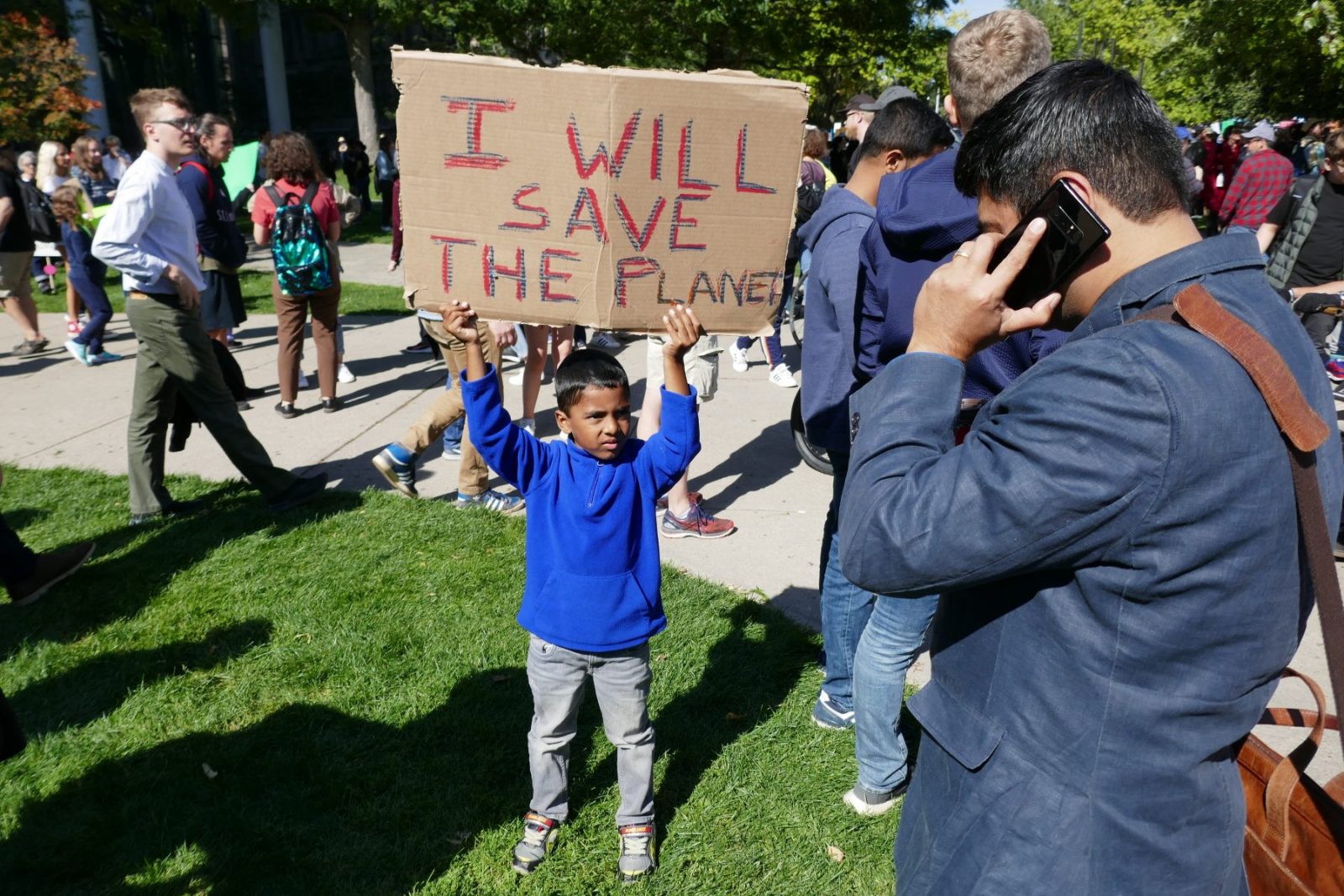 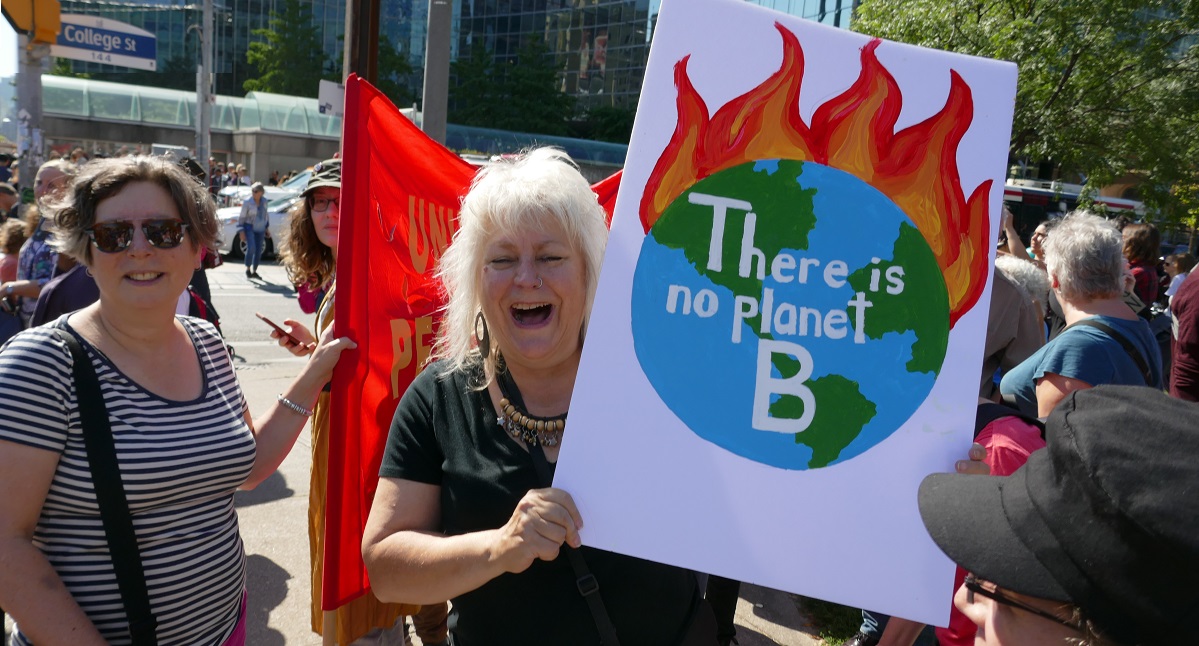 The global climate strike saw thousands of protesters march in and around downtown Toronto to advocate for action to stop global warming. Tens of thousands of local residents flooded the streets as part of a rising movement to demand swifter action on climate change. 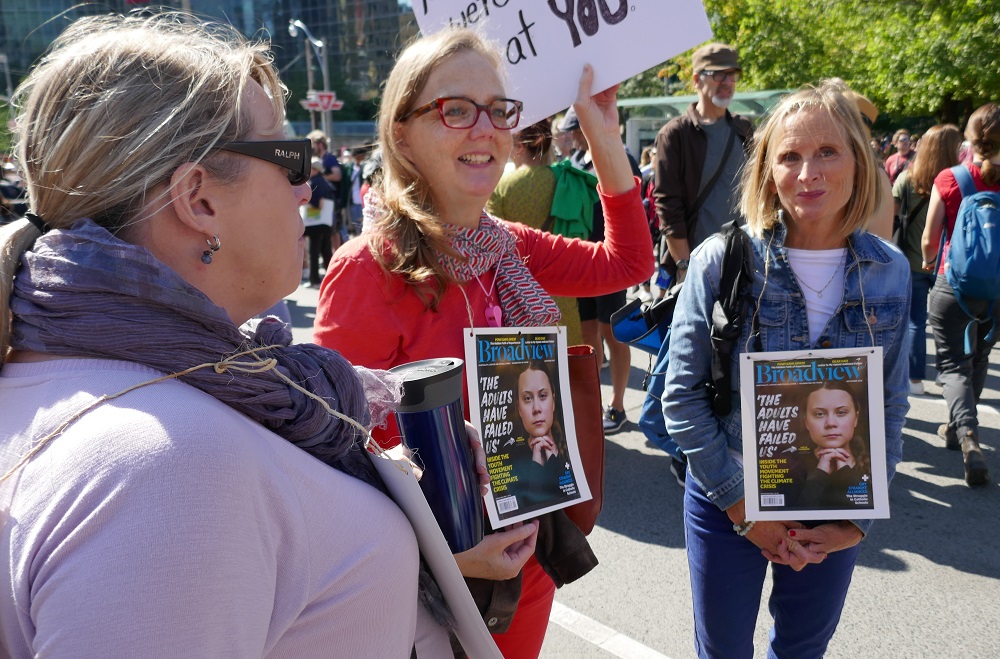 The rally comes on the second week of global climate strikes, and this ‘strike’ was tied to a youth-led movement inspired by the Swedish activist Greta Thunberg. So many people had t-shirts and signs that invoked the Swede’s image and words.

Dr. Alida Andersen Speaks on Sustainable Dentistry During the Climate Strike at the Royal York Hotel 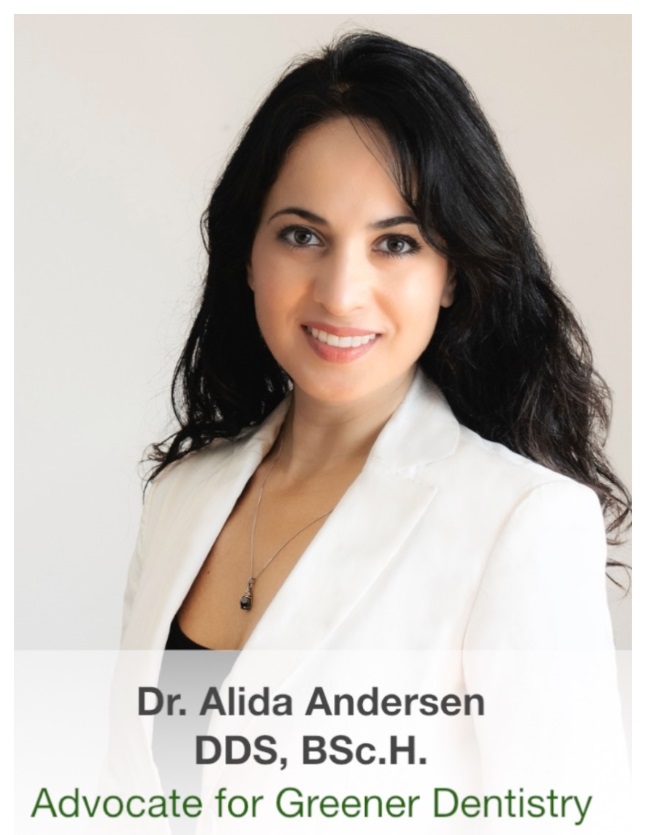 Dr. Alida Andersen is an experienced dentist that’s driven to raise awareness and find new ways for dentists to make positive change. She received her degree in Doctor of Dental Surgery (D.D.S.) from Schulich School of Medicine & Dentistry at University of Western Ontario. In addition she has an Honours Bachelors of Science degree (B.Sc.H.) from University of Toronto. As a dentist she works hard to provide best dental care for her patients.

On that historic Friday in September, Alida went on strike when she co-hosted a climate related event just a six blocks south of Queen’s Park, at the bottom of the city in the Manitoba Room of the Royal York Hotel.

Alida started her talk with a video that she made to remind us of the dangers and our shared responsibility to stop purchasing products and services that put vast amounts of plastic and toxins into the ecosystem.  She informed us that much of the damage that is being done to the ecosystem is not being properly tracked, and how so many conveniences we cherish have negative environmental implications. Then she held up a plastic cup, and plastic goodies bags loaded with tooth floss and toothbrushes.

“How many of you still dispense these plastic bags filled with sample dental hygiene tools to your patients?” Alida asked, and there was an awkward murmur.  Toothpaste giants and other dental supply companies distribute thousands of these branded gift bags that are filled with small sample sized products for consumers to try at home. It’s just marketing of course, and the patient feels good about getting a small bag of free stuff.  But this is part of the problem; most of that stuff ends up in a landfill.  Some of it doesn’t even get used.

Then she reminded the professionals in the room, that “although we have a huge limitation when it comes to having to use so much plastic waste due to infection control, we still need to find better ways”.  And there followed a long discussion on alternative treatments, reusable products and new digital technology that replaces some of the plastic waste used during dental treatments. There are a lot of ways we could clean up our act and the talk inspired our own staff members and the office administrator at Archer Dental to take another look at the ways our clinics make and handle waste.

“As difficult as this can all seems to be, due to all the limitations that we have, collectively we will be able to move forward, find solutions and push our profession to a leading edge, where not only we care about our patients mouths, but we also care for their general heath and the health of our planet.” Alida Andersen.

Alida believes that every one of us has the power to make a difference, not only in our profession, but in our everyday lives. She says, “Every single effort that we make will count. And yes many times it may feel like a drop in the ocean but we will get there.  Once we start to ask for solutions, more solutions will come. We can start with baby steps, and eventually we will get there.”