Leading Men Who Gave Their Front Teeth For Movie Roles

“I’d give my eye teeth to play that part,” the actor says, and the casting director should not doubt this leading man’s sincerity; there are many examples of A-list Hollywood actors who’ve had advanced dental surgery to either prepare for iconic movie roles, or to actually adopt their character’s dental perspective.  The practice goes all the way back to the Golden Age of cinema with UK horror movies and continues today with Jerry Bruckheimer’s classic Pirates of the Carribean series. Here’s a list of some of the iconic characters and the actors who gave their front teeth for movie roles. 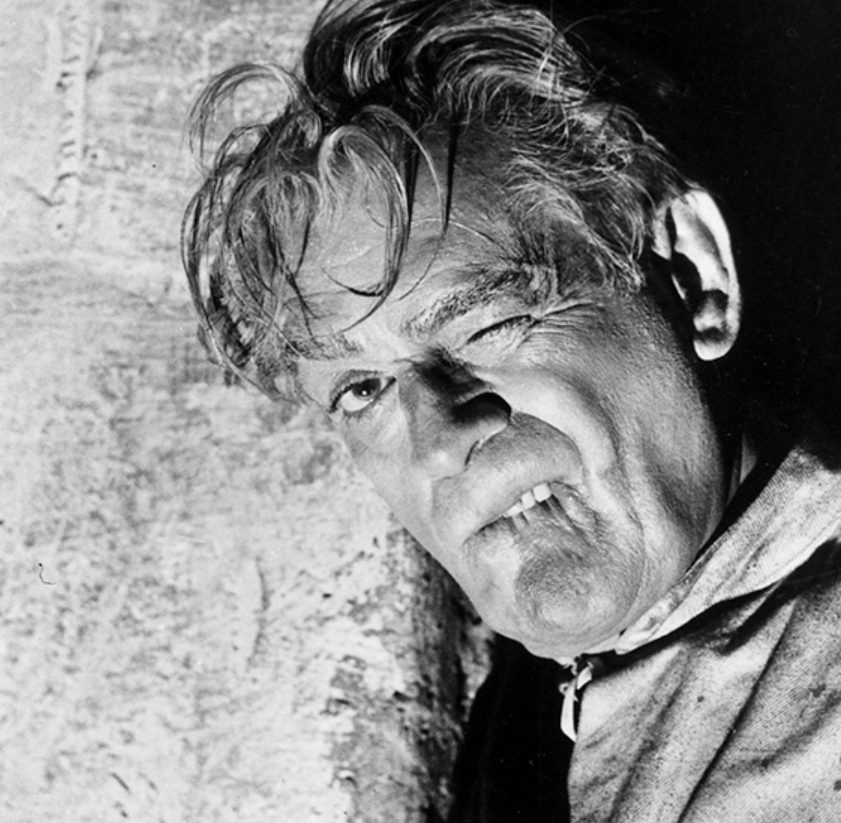 The Haunted Stranger is a 1958 British horror film directed by Robert Day, and a decidedly low budget production. In this story, the famed horror-movie actor Boris Karloff took it upon himself to design the slow transformation from average man into the the Haunted Strangler character by altering his own face. No producer or director would have ever asked a screen actor like Boris Karloff (already famous from iconic roles in the 1930s) to do such a thing, but he volunteered, as the story goes to remove his lower false teeth to make his appearance more ghastly. He did this to achieve the gaunt, undead appearance of the film’s antagonist. His bottom lip (and maybe top lip too) were then further constricted with wire to enhance the terrifying appearance. It doesn’t seem like much compared to the rest of the list below, but it marks the first time a leading man altered his own real-life dental situation to help make his on-screen performance more believable.

To prepare for the role playing wounded Vietnam veteran, Al Columbato, in Birdy, a young Nicolas Cage had two teeth removed without anesthesia to better understand the character. The extraction of the actor’s baby teeth had been planned previously, but Cage scheduled the procedure to coincide with shooting schedule and lend to his experience playing a Vietnam war veteran with horrible facial injuries. “They were baby teeth,” the future Oscar winner told the Telegraph’s Anne Billson in 1985. “So I took advantage of it and had them out. I thought it would add an interesting dimension to the role.” Cage also took to wearing a bandage around his head during filming, which when removed gave him a sinister, sickly appearance due to the resulting acne and ingrown hair.  For his pain and suffering, Nicolas cage was well paid, and while the movie was not a huge commercial success, the Alan Parker film won the grand jury prize at Cannes, and if nothing else, helped establish Cage’s reputation for risk-taking. 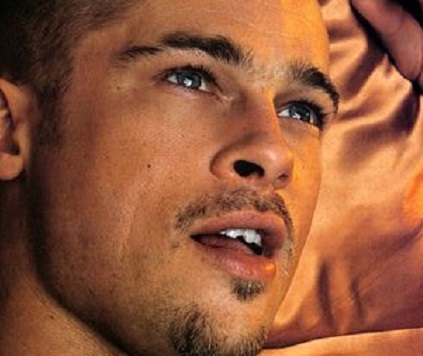 For his role as Tyler Durden in Fight Club, Brad Pitt felt that his character wouldn’t have perfect chompers if he spent his free time fighting strangers in a basement. Brad already had a chipped tooth, and so he had his dentist remove the fake portion of the tooth prior to shooting. It’s not like he broke his teeth to play Tyler, he just found an opportunity to be closer to the character that already existed inside his mouth.  When Fight Club came to the theaters in 1999, it was a disappointment financially as North American audiences were overwhelmed with Tarrantino’s Dusk till Dawn and other violent films at the time.  People probably felt that this movie which had ‘fight’ in the title was yet another violent offering.  But they were wrong and while many missed it in the theatre, the DVDs sold off the shelves. Today, this movie has a tremendous cult following and the Tyler Durden character will live forever in the minds of future generations. His existence is a parable for what evils may await people who don’t take proper care of their teeth. 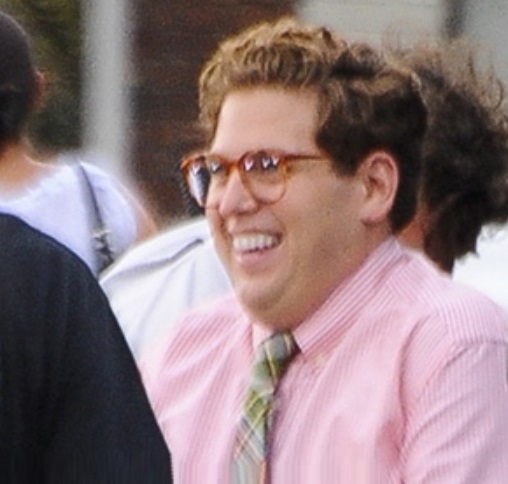 A famed Hollywood dentist name Gary Archer created removable dental veneers for Jonah Hill to wear in The Wolf of Wall Street (2013).  In this movie the Jonah Hill ‘s character was a wealthy young stock broker who had perfect white teeth which were veneers but not really, they were instead a top-of-the-line acrylic disguise. More specifically, they were a highly polished and glazed acrylic that Jonah could wear over his own real teeth. He could snap them in and out of his mouth, and leave them in a case in the make-up trailer when he wasn’t on set.  The story is that Jonah Hill had to learn how to speak again with the extra big teeth in his mouth and he used the awkwardness to play Donnie, because he could not kick a very audible lisp. In the days and weeks before filming however the actor spent several hours calling various speech therapy businesses to reduce the lisp. Hollywood actors can overcome anything and when you listen to him talk in the movie you cannot hear any issues with his words.  During the fight scene between Brad and Donnie, Jon Bernthal actually punched Jonah Hill for real. In fact, he punched him so hard that Hill’s prosthetic teeth split and fell out of his mouth. Scorsese then filmed the actor’s swelling face for the movie.

Ed Helms removed a dental implant for The Hangover 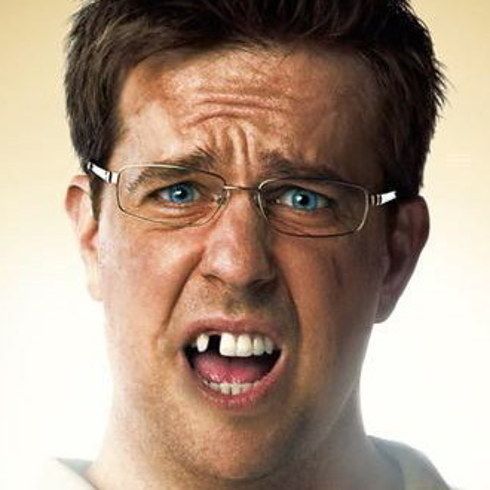 In the 2009 smash hit comedy The Hangover Ed Helms’ character wakes to discover, eventually, that he lost a tooth after taking a punch from Mike Tyson. The image to the left was so iconic it was on the movie posters.  In the film he loses his tooth, but inreality Helms pulled out a tooth implant that he already had in his mouth from when he was a teenager. The actor is one of the rare sufferers of …. which is when an adult tooth does not appear in the mouth.  If this were the still the 1800s, he would have a very awkward smile, but instead he received a permanent implant when he was 16yrs old.  Upon learning that he had the role and after experiementing with several ways to make the character lose the tooth that the script called for, Helms called his own family dentist and asked about having the implant removed. To make it more authentic, reports state that the crown was broken off, and the post unscrewed from the implant. Medical professionals fashioned a guard to the gum to stave off infection.

Rami Malek wore prosthetic teeth in the 2018 biographical drama film about Freddie Mercury, the lead singer of the British rock band Queen.  The movie follows the singer’s life from the formation of the band up to their 1985 Live Aid performance at the original Wembley Stadium. In one scene, Freddie Mercury approaches Brian May and Roger Taylor after their band Smile had just split up. He told them he wanted to be their new singer. “Not with those teeth, mate” was their reply. Also in the script, Freddie explains, “I was born with four additional incisors. More space in my mouth means more range.” And after giving them a singing demonstration, Freddie lands the role that will make him famous. In real life, Mercury is frequently said to have been embarrassed about his large overbite. But with a net worth of $60 million on his death in 1991, aged 45, Mercury could easily have paid to address what’s known as an anterior overjet or a class II malocclusion, which he probably inherited from his mother. Caused by four extra teeth at the back of his mouth pushing the front ones forward, he could have suffered health issues as a result of the teeth damaging his mouth, and he could also have had to deal with eating difficulties.

For his role as the swashbuckling Captain Jack Sparrow in Pirates of Caribbean, Depp underwent extensive gold capping of his teeth. He held onto the gold caps until filming closed on Pirates 3 after which he endured the painful process of removing the caps. Depp complained to trade magazines about the pain he felt during the process but honestly, with today’s anesthetics and topical gels he probably had only minimal discomfort.  Modern dental needles are much smaller and finer pointed so that most patients are pleasantly surprised how little they experience after their lips and gums go numb. Gold is much more forgving as a tooth structure compared to porcelain which needs to be thicker. And it’s easier for dentist to cut into gold metal and easier to see due to the color contrast. But there is a reason only Hollywood villians and music rappers wear gold on their front teeth.